Despite COVID-19 & despite losing 25% of our revenue from canceled internal and external events, you housed more veterans last year than any year before AND you housed your 4000th veteran!

It was our best year ever, and one of the best years ever for many of the veterans you helped house!

Upon being housed George, an Air Force Veteran, expressed his appreciation by saying, “This is the best thing that could have happened to me.”

What we know is this – George only needed $400 to cross the ready and waiting threshold. Yes, only $400! And because of you who donated, he got his own home for the brave in the land of the free. It really is that simple.

Last year, 749 homeless veterans had their best year thanks to you. They are now in a warm home, in a warm bed, with a new lease to that home. . . and a new lease on life. 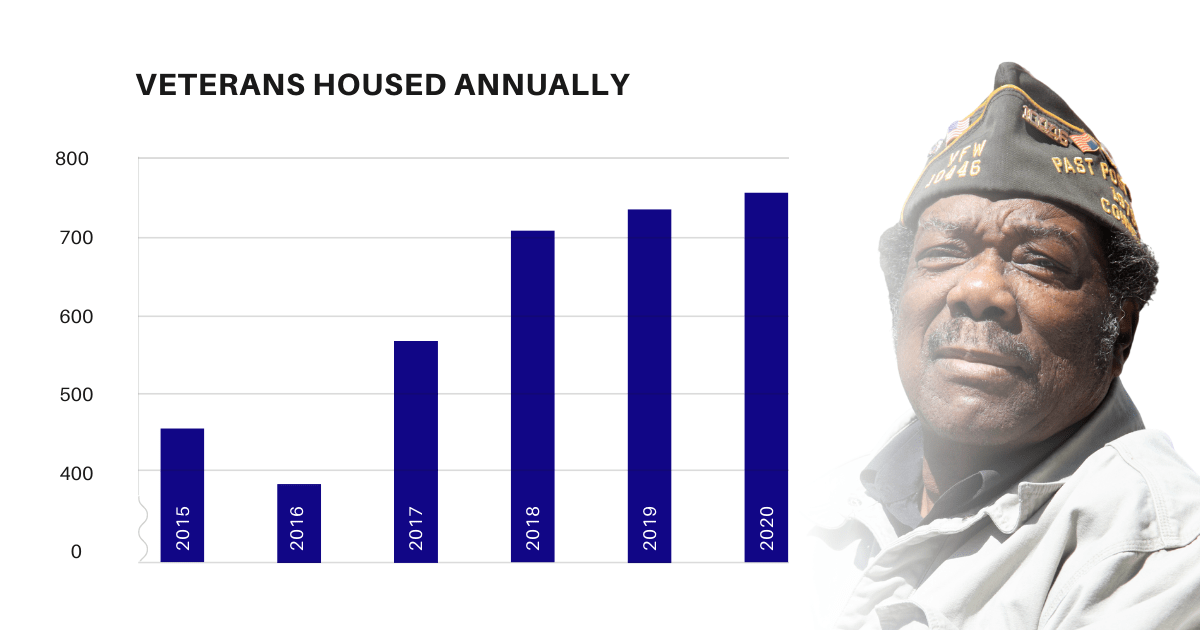 2020 started off great — housing almost twice as many veterans in the first quarter compared to the previous year. By May, the story had changed. We had to cut back on several of our Areas of Operation (AO). The slowdown was compounded by a delay caused by shutdowns, preventing much commerce, including landlord’s availabilities and the safety of the VA staff. 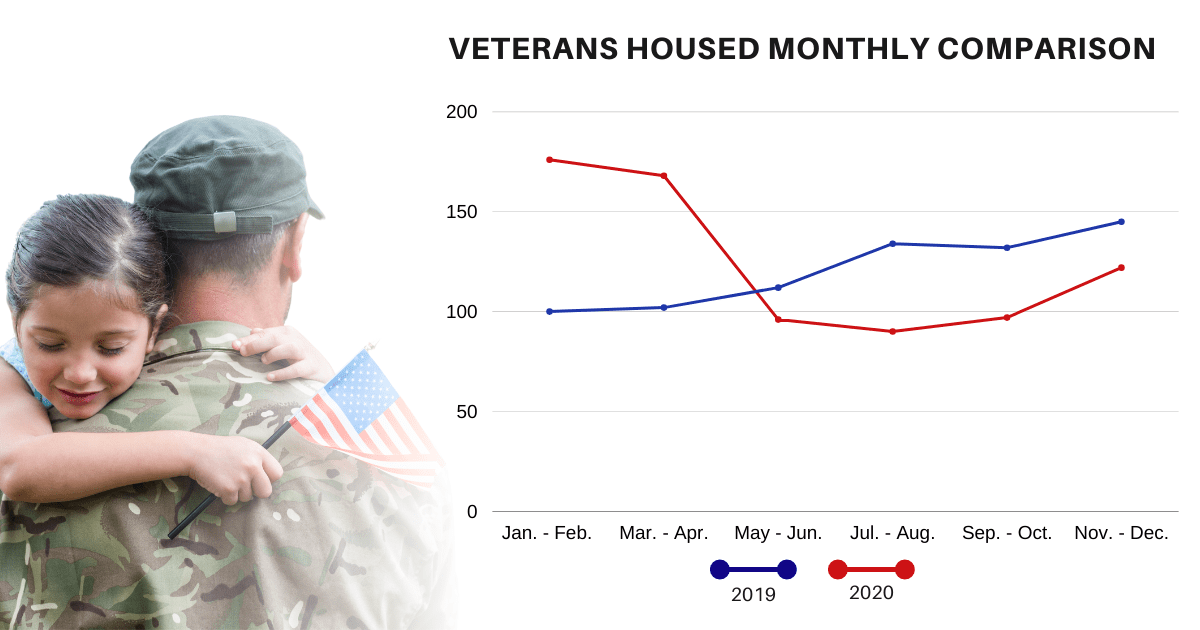 But even as we pulled back, YOU pushed forward.

First, the heroes at First Nation Group, our largest Corporate Advocate, called out of the blue — committing additional funds over the $200,000 they had already committed.

The FCA Foundation, the charitable arm of Stellantis, to tell us they were increasing their support for veterans in Toledo, Detroit, and Rockford to $100,000.

And YOU! You stood up big, tripling the number of personal gifts. You not only increased your average gift of hope, but you also made your gifts recurring, allowing you to have the joy of giving the gift of a home to a homeless veteran every month.

Despite losing many of their events, our National Exchange Clubs partners were also able to give more than in 2019.

Then, out of nowhere, a month before Veterans Day, a listener who heard a Cardboard2Headboard promo called Denny Schaffer with WRQN in Toledo and suggested an idea to recognize donors on air on Veterans Day. This turned into our pilot Veterans Matter Honor-Thon, which ran in Toledo, Indianapolis, Detroit, Nashville, and Albuquerque. How cool is that (I need to credit our incredible team who made the miracle happen creating the systems — in less than a month)!

AND on Veterans Day our team managed an innovative version of our Veterans Matter national fundraising walk and our 6th annual 11/11 @ 7 Rallies with the National Exchange Clubs, all virtual of course.

(Sidenote: One of my favorite moments this year happened on the walk. The entire First Nation Group team walked with us virtually, while company Vice President of Sales, Glenn Monroe, walked with us locally — representing all the corporate donors who support our veterans. Among those walking with us virtually was none other than President Steve Baugh, walking the entire distance with us on Glenn’s phone. How cool (and committed) is that!)

By the end of November, we had not only made back our event losses, but were ahead. Your gifts to our Operation Greatest Need allowed us to get back to housing veterans in all our AOs. And this month we are expanding to help house veterans in DC, Phoenix, Louisiana, and Minnesota.

And did we mention you housed your 4000th veteran in October? The 4000th was a veteran in Lufkin, Texas. That’s how cool you are! Despite COVID-19 & despite the loss of 25% of our revenue from canceled internal and external events, you housed more veterans last year than you ever have — AND you housed your 4000th veteran last year. It was our best year ever, and one of the best years ever for many of the veterans you helped house!

And here we are rolling into 2021. . . We will lose the events in the first half but should be back to full ramming speed the first of June.

Until then, we know you all will come through again. We know the ache for home exists in all of us. And in America, we take care of our veterans. We want to make sure every veteran has a home for the brave in the land of the free.

On behalf of the 749 you housed last year, and the more than 1,000 you will house this year, we say thank you!