VFW Energized Growing As It Begins Its 120th Year

With Honor: Can Veterans Help Bridge Our Political Divides?

The Air Force now has a golden F-16

VFW Energized Growing As It Begins Its 120th Year


KANSAS CITY, MO. – On Sept. 29, the Veterans of Foreign Wars of the U.S. is celebrating its 120th year as our nation’s largest and most accomplished combat veterans service organization. 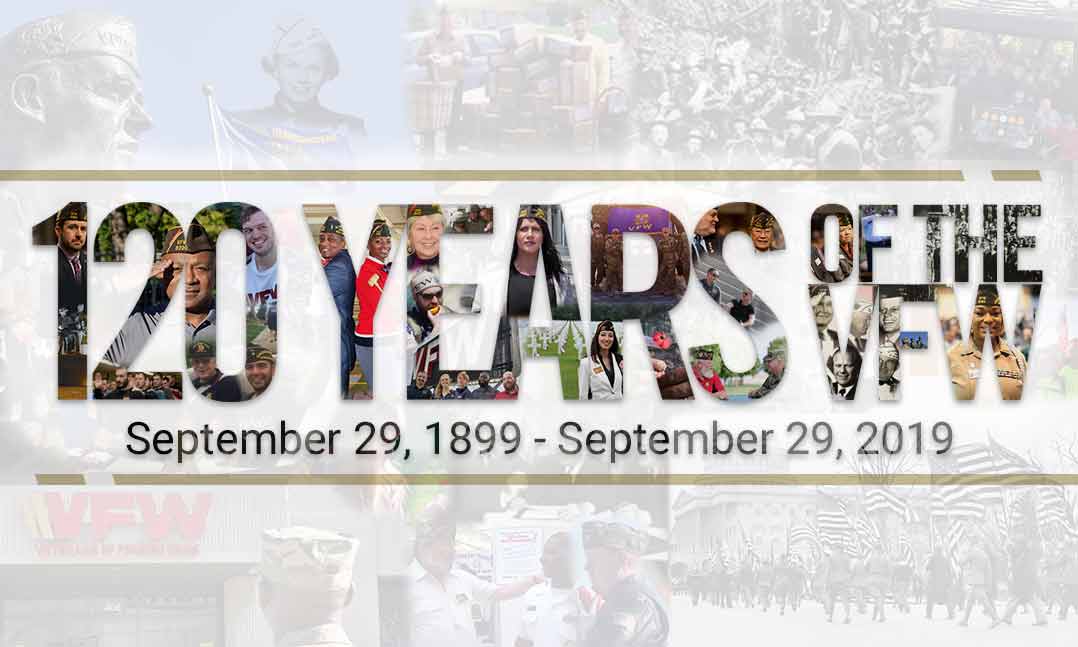 In 1899, in a small tailor shop in the heart of Columbus, Ohio, 13 Spanish-American War veterans allied together with a determined resolve to fight for the justly earned care and benefits our nation’s warriors deserved. With no way of knowing if their mission would survive beyond their lifetimes, their perseverance ultimately paved the way for the multifaceted organization the VFW has become today.

For the past 120 years, the VFW has remained the voice for veterans on Capitol Hill where it has played a key role in nearly every piece of veterans’ legislation passed since the start of the 20th century. It was the driving force behind the restoration of benefits to 100,000 Vietnam veterans exposed to Agent Orange through the Blue Water Navy Vietnam Veterans Act of 2019. It worked to expand college education benefits through the Forever GI Bill, the most significant upgrade to veterans’ education benefits in nearly a decade, and it helped hold VA accountable to ensure the VA MISSION Act delivered on its promise to ensure our service members and veterans receive the care they deserve whenever and wherever they need it.

Almost as well-known as the VFW’s legislative influence are its programs and services, which offer the assistance military and veteran families have come to rely on. From providing $11.4 million in financial grants to military families during times of hardship and nearly $6.5 million in college scholarships to student veterans, to offering free benefit claims assistance which helped recoup more than $8.3 billion in VA disability compensation and benefits in 2018 alone, as the needs of our military and veteran families evolve, so does the vital support the VFW provides.

The VFW’s founding members united in their refusal to accept anything less than our nation’s unwavering commitment to appropriately care for those willing to stand and defend our way of life – and it’s an ethos that today’s energized and growing VFW will continue to exemplify well into the future.

For 120 known and lesser known facts about the VFW, click here.