U.S Senator Tammy Duckworth on the Deportation of U.S. Veterans 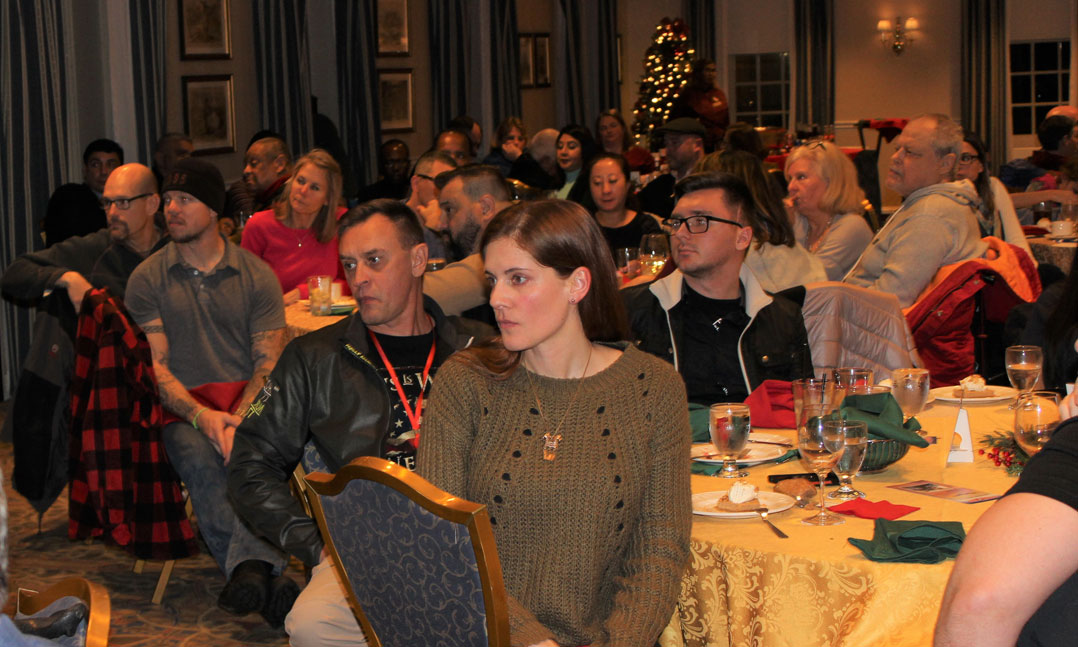 “It is an honor to break bread, share stories, and be part of the healing process for these resilient service men and women,” said VFW Senior Vice Commander-in-Chief Hal Roesch. “It was paramount that I attend tonight’s dinner and show my appreciation and admiration that the VFW has for these amazing warriors.”

VFW Post 2562 Life member Hal Koster, co-owner of a local restaurant that closed in 2006, started the weekly wounded warrior dinners in October 2003 to help support wounded, ill, and injured service members and their families though the early phases of the healing process.

The Friday Night Dinners range from $4,000 to $10,000 weekly based on number of attendees and venue. In order to continue the weekly tradition, Koster created the Aleethia Foundation to keep the dinners a weekly tradition at different venues at zero cost to the service members and their families.

“In the beginning, we saw mostly combat-injured service members at the dinners,” said Koster, a Vietnam War Army veteran. “We have now transitioned into providing a night away from the hospital to patients who have cancer, traumatic brain injuries and other serious illnesses.”

The VFW-hosted Friday Night Dinner gives VFW members an opportunity to connect with men and women in uniform and build lasting relationships.

“This is an event that I truly look forward to and cannot miss,” said VFW Washington Office Executive Director B.J. Lawrence. “The bonds built – the conversations shared – nothing beats the feeling you receive when you dine with these patriots and their families.”

Koster said he never envisioned the dinners lasting this long, however, he is grateful for community support from organizations such as the VFW to help continue the healing process of all service members who may be receiving medical attention at Walter Reed.

“If it hadn’t been for the VFW we would have ended the dinners after the first year,” he said. “I could not sustain the costs associated with the dinners and the VFW was the first organization to raise its hand and be part of the healing process for our wounded warriors. I am extremely grateful for the VFW because they helped us continue to the tradition of delivering a wonderful evening out of the hospital for our wounded warriors and families.”